Phonies, frauds and thieves are thriving in an industry that is driven by greed, disregard for the rights and reputations of others and by consumers with low self esteem.

Yes, you read correctly; consumers with low self esteem have been documented by researchers to be most susceptible to trafficing in the trademark counterfeiting trade.

There are entire books written about the The Psychology Behind Trademark Infringement and Counterfeiting.

Some producers of counterfeit merchandise, counterfeit certificates and counterfeit diplomas have even attempted defending their illegal activity by claiming their counterfeits are produced to help increase low self esteem.

So following that logic, if you are feeling a bit low today, just hop online and buy yourself a Ph.D. or two from Harvard, Yale or any university that you feel will boost your self esteem the most. You might even pickup a knock-off Rolex watch as well and your self esteem will surely soar.  NOT according to researchers.

Unfortunately, for those who receive and/or purchase counterfeits, researchers have also determined that possession of counterfeits has unexpected long-term negative consequences on the possessors.

The phony diploma problem has become so pervasive in the USA (What does that imply about the state of American self esteem?) that when employers fail to conduct effective due diligence of a job applicant's credentials during the hiring process they can later find themselves facing even more serious issues such as whether or not the employer can legally terminate employee health care benefits which were acquired by the employee as a result of employee fraud during the application process. And the employee who acquired their job under fraudulent circumstances with a phony diploma or certificate can go to jail.

The Federal Trade Commission recommends a due diligence process for employers to protect themselves from job applicants seeking to defraud them during the application process. If fraud is not discovered during the initial stages, then it may continue for years.

In 2002 physics professor George Gollin became so incensed by the phony diploma businesses undermining and devaluing the validity and credibility of legitimate educational institution credentials that he helped the Secret Service nab a multimillion-dollar diploma mill.

Some states, such as Oregon and New Jersey, have made it a crime to use degrees from diploma mills, and others are considering such laws.

The martial arts industry also has its share of questionable certificate issuance practices by martial art schools and martial art instructors who willfully engage in trademark infringement and trademark counterfeiting and issue counterfeit certificates to students who seem happy to receive them, but in the case of martial art students that bliss is usually because ignorance is bliss.

A consumer who knowingly purchases a fake diploma or phony certificate from a vendor who is advertising them as phonies and fakes KNOWs that they are getting a fake and they enter into the transaction with the vendor with knowledge they are paying for a phony or a counterfeit.

However, when a martial art student is induced to enroll at a martial art school that is engaging in trademark infringement and trademark counterfeiting, the student/parent does NOT KNOW that they will be receiving counterfeit rank certificates and/or credentials in return for their tuition.

Therein lies an intentional misrepresentation of fact and/or the omission of fact by a martial art instructor that can set in place fraudulent circumstances for the consumer that may last for years.

So how can you know if you will be getting counterfeit or phony certificates before you enroll at a martial art studio?

Similar to the advice from the Federal Trade Commission (FTC) we recommend that you:

Here are some example fake brands and trademarks which are representative of the fine company you will be keeping with counterfeit rank certificates. 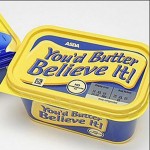 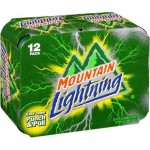 Master Jukka Lampila claims to be able to teach yo[...]
We use cookies to ensure that we give you the best experience on our website. If you continue to use this site we will assume that you are happy with it.AcceptPrivacy Policy